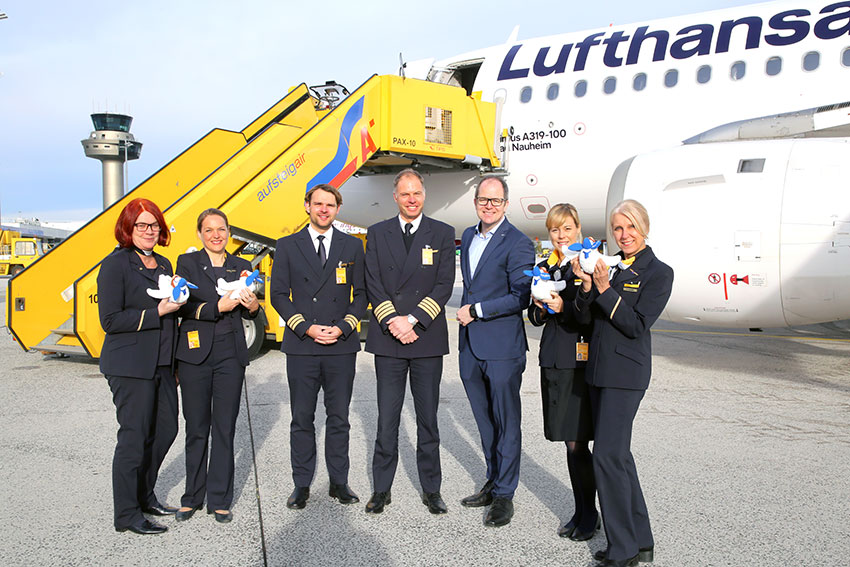 Yet right on time for the first Advent Sunday, Lufthansa starts operating services between Salzburg and Frankfurt. The Austrian Airlines´ logo gives way to the crane of Lufthansa. Instead of an Embraer 195 with 120 seats a modern Airbus A319 will operate the route with a total of 138 seats.

Already in January 2019 Lufthansa announced that they would take the smaller turbo prop aircrafts out of service and re-fleet some medium-haul Airbus, leading to an increase from 36 to 46 aircrafts.

What does this mean for Salzburg?
The national carrier Austrian Airlines is reorganized within the Lufthansa group, focusing on domestic flights and Vienna Airport. The change from Austrian Airlines to Lufthansa on the Salzburg-Frankfurt route is a clear improvement for the route. The four daily flights are offered with a significantly higher seat capacity, but no changes in the time schedule.