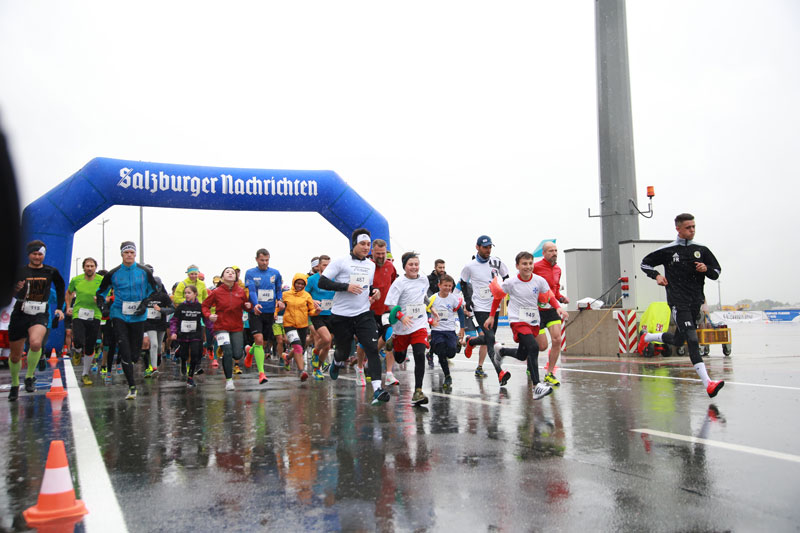 May 29th was a special day, not only, because the airport re-opened after its five-weeks-closure, but also because it was a day dedicated to sports and charity. After finishing the construction works on the new runway, about 500 athletes took part at this unique event at Salzburg Airport in order to run for a good cause.

On the circuit situated next to the runway, a total of 5640 kilometers were completed within 1.5 hours by the 435 participants. The entry fee - together with a certain sum for each kilometer provided by the airport – benefited a charity project of the Lebenshilfe Salzburg.

“I am very pleased to see how many athletes and employees support this great project and put on their running shoes for a good cause. One of my utmost concerns is promoting social commitment and I can tell from the number of participants that the same is true for many other people. I am especially happy that we have the opportunity to support our direct neighbours in Wals”, says Bettina Ganghofer, CEO of Salzburg Airport.

The prize-giving-ceremony was not about awarding the fastest runner or the one who had completed the greatest distance, it was about the people from the residential project of the Lebenshilfe in Wals. Mr. Schiechl, Head of the Lebenshilfe Salzburg, received a cheque for the amount of 11.000 Euro. The proceeds will be used to fund renovation works in and around the house in Wals, which gives the residents and caregivers more freedom of movement and mobility.

We would like to thank all those who organized the event and all the participants for their effort!