With Transavia to Amsterdam All Year Round 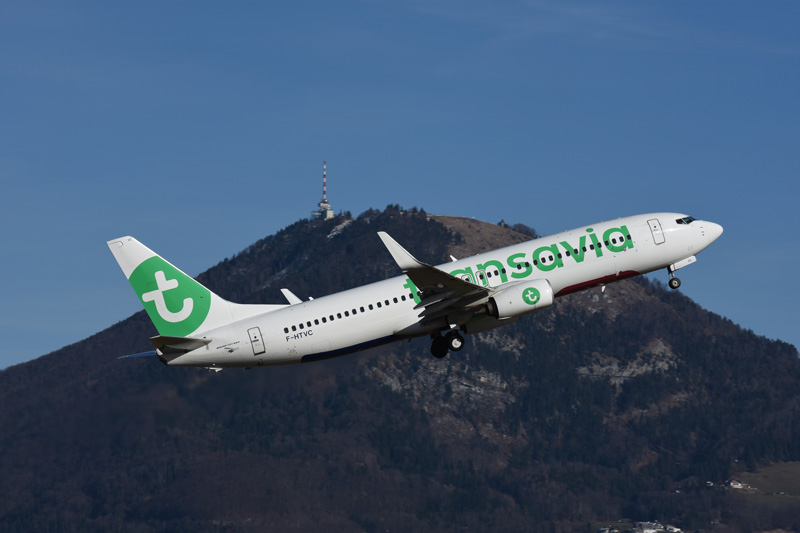 Transavia is taking off from Salzburg from July

With Transavia, Salzburg Airport will get a year-round connection via Amsterdam in the Skyteam alliance from July. The Dutch airline has already been a reliable airline partner for winter tourism since the 2012/2013 winter season. Now the Dutch are already taking off to Amsterdam in summer. Transavia has been flying to countries all over the world for more than 50 years, transporting both vacationers and business travelers to more than 110 destinations.
“It’s great that we can also add this beautiful destination to our network in the summer. Austria is not only a popular destination for Dutch people in winter, but we see that the country is also popular in summer. The City of Salzburg and the beautiful surroundings offer all the ingredients for a beautiful holiday”, says Marcel de Nooijer, CEO Transavia.

"It has not been easy to convince existing partners of the airport to increase their efforts in the Salzburg market during the crisis. We are in competition with more than 30 European airports for such routes as Amsterdam and this has become even tougher during the Corona crisis," says airport CEO Bettina Ganghofer. In the first step, this flight connection will be a city connection. Efforts to develop this year-round route further will be intensified. So in the future, it will also be possible to use Amsterdam as a hub and to fly on. "I am all the more pleased that our efforts have finally borne fruit and that from July we will not only be transporting guests to and from Amsterdam in winter, but will be flying to the Dutch capital throughout the year," Ganghofer continued.

"The Netherlands are just behind Germany and Austria the third largest source market for our tourism and have gained even more importance due to the current situation," says Leo Bauernberger, Managing Director of SalzburgerLand Tourismus Gesellschaft (SLTG). "Many Dutch travel as a family with children to the SalzburgerLandand. They appreciate not only our first-class ski resorts in winter, but increasingly also hiking in the Salzburg alpine summer, cycling and swimming at our beautiful lakes in an alpine landscape. We are delighted that with the direct connection from Amsterdam to Salzburg Airport, we can now offer our Dutch guests another attractive option for getting from their home country to our vacation regions in just over two hours."

The port city of Amsterdam has about 830,000 inhabitants, is located in the province of North Holland directly at the mouth of the Amstel River and is directly connected to the North Sea by the North Sea Canal. Especially if you are visiting Amsterdam for the first time, a trip on one of the many excursion boats through Amsterdam's canals is absolutely recommended. From the three main canals (Herengracht, Keizersgracht and the Prinsengracht), many side canals stretch throughout Amsterdam. You pass the typical Amsterdam houses by boat, many of them seem narrow, crooked and unique. In the past, taxes were assessed based on the length of the street side of the house, and the narrow house fronts facing the canal and streets are a result of efforts at the time to save taxes. In terms of taste, Amsterdam is home to many cultures and their typical foods and spices. A visit to the market and an afternoon of shopping therefore should not be missed! The Albert Cuyp Market, located right in the center of the lively De Pijp neighborhood, is one of the largest and busiest markets in Amsterdam. Stalls with fragrant food, freaky clothes at very reasonable prices and spices from all over the world attract many visitors every day. Also a visit to Amsterdam’s oldest markets is a must - the Noorder Market and the New Market (1614)? in the vibrant working-class district of Jordaan, the Noorder Market has been an inseparable part of Amsterdam's cityscape since 1618. Modern, hip and international?

Amsterdam visitors should not miss the Magna Plaza shopping center, which is one of Amsterdam's ten most famous monument buildings! Furnished in Gothic-Moorish style, the visitor will find products from the most diverse areas of life on four levels (more than 5,000 sqm). Art, culture or just strolling? The historic Spiegelkwartier district, with its many old canal houses, is home to more than 70 specialized art and antique dealers. However, Amsterdam is not only a vibrant city during daytime, Amsterdam has a lively and pulsating nightlife.

Flight Program with a Strong Focus on England

Only Austrian Regional Airport to Offer Flights in the BA-Network