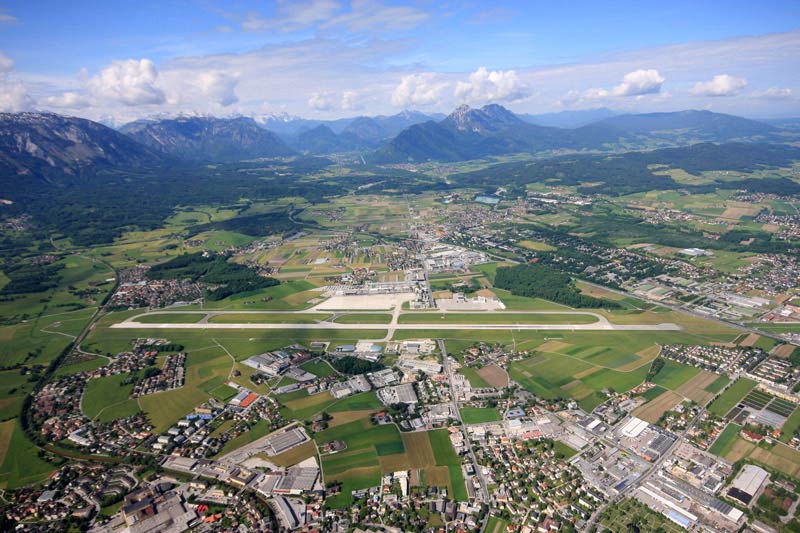 2020 was a desaster for the aviation industry

The Past Year was a Desaster for the Aviation Industry

After 2019 was dominated by the general renovation of the runway and the runway closure, Salzburg Airport was looking forward to a successful year at the beginning of 2020. New flight conections and airline partners promised good prospects. The winter season was quite satisfactory until mid-March, until the global outbreak of the Covid-19 pandemic came. The world, especially the aviation industry, changed drastically.

"When the first news of the outbreak of an epidemic reached us, we were prepared to follow stricter regulations, such as laying out disinfectant mats, as we have done before with SARS or the bird flu. Nobody expected the actual effects of this pandemic, which almost brought air traffic to a standstill," says Managing Director Bettina Ganghofer.

After lockdowns and travel restrictions around the globe forced airlines to ground their fleets almost completely, Salzburg Airport had to switch to stand-by operation in April. At the beginning of May, we welcomed the first Eurowings aircraft back to Salzburg. However, the airport was far from normal operations, and this situation longed for creative ideas. For the first time in the history of the airport, a part of the apron was used for cinematic presentations and concerts. The start of the summer season went well. Wizz Air, a new airline partner, started services to Salzburg, offering attractive destinations and with Luxembourg a new destination was added to the flight program.

A small, but nice summer flight program with destinations in Greece, Spain, Cyprus, France, Italy, Germany and England offered the opportunity to take a vacation despite the pandemic.

Unfortunately, the hope for some relief lasted only a few weeks, as many routes had to be discontinued due to the rising infection numbers, which led to further travel warnings. Another piece of unpleasant news for Salzburg Airport and the region was the discontinuation of the flight connection from Salzburg to Vienna and the withdrawal of Austrian Airlines from Salzburg. This meant that passenger lost an important connection to one of the major hubs for onward flights all over the world.

„Salzburg Airport was massively affected by the Covid-19 pandemic, not only directly, but indirectly as well. Although it was very important to save Austrian Airlines, especially for Vienna Airport, this unfortunately had no positive effects for Salzburg Airport. In addition, there is still a great injustice in the fixed cost allowance, since it does not apply to companies like Salzburg Airport, which are publicly owned by 100 percent. Vienna Airport or Klagenfurt, by contrast - airports which are publicly owned by 99.9% - receive this grant, which leads to a distortion of competition. I will therefore address the responsible minister once again on this matter”, says the Chairman of the Supervisory Board, LHStv. Christian Stöckl.

There were some smaller successes in the cargo and general aviation sectors, which developed well despite the crisis. Salzburg Airport already initiated countermeasures to reduce costs throughout the company. Investments, which were not absolutely necessary, were postponed. The originally planned investment volume for 2020 of around 6.8 million was thus reduced by over 4 million Euros.

We have planned a strict cost-cutting program for 2021 as well, as the goal is to continue employing all staff in the Group. Despite the crisis, however, the airport’s management has also been working on future projects such as the development of the terminal in order to secure the company’s competitiveness and thus the location. “In summary, Salzburg Airport has never been confronted with such disastrous external circumstances in its post-World-War-II-history as in 2020. The effects will continue to be felt well beyond 2021. The hopes of the entire aviation industry now lie in approved vaccines and uniform framework conditions for healthy travel”, Ganghofer concludes.

The Corona Year in Figures

The effects of the Covid-19 pandemic reflected in the figures for the 2020 business year. There were severe declines of about 60% in all segments. From April to December, passenger numbers even fell by more than 90%. The airport was thrown back to the 1980s as far as passenger figures are concerned. At that time, the airport had between 600,000 and 700,000 passengers.

Summer is coming – can an outlook for 2021 be realistic?

It is already clear that 2021 will be even more difficult and challenging fort he airport than 2020. Due to Covid-19, the winter season, which is our peak time, had to be completely cancelled. This will have a dramatic impact on the figures for 2021. It is clear that the entire industry is in a serious crisis and many airlines are fighting for survival. It must be assumed that it will take three to four years for the aviation industry to recover to some extent. In any case, the airport’s airline partners are preparing to return to Salzburg as soon as possible.  Eurowings’ Austrian base will remain and Lufthansa plans to resume service to Frankfurt and to increase frequencies. Turkish Airlines and some British and Scandinavian partners have announced to come back. Salzburg Airport is especially pleased to announce some new, attractive destinations for the summer flight program now. “For the first time in the history of our airport, we can fly NONSTOP with flydubay to Dubai and with flynas to Jeddah and Riyadh”, Ganghofer is pleased about new flight offers from Salzburg.

With the Arab destinations, passengers from Salzburg will have additional opportunities to discover the world, because with flydubai, travelers can use the entire Emirates route network via Dubai for onward flights. And, of course, a number of Mediterranean destinations will be in the program again, such as the Greek Islands (Karpathos, Rhodes, Corfu, Kos, Crete and NEW Zakynthos, Italy (Sardinia/Olbia and Lamezia Terme) and Mallorca. In addition, there will also be services to Antalya, Hurghada and NEW Marsa Alam. And finally, not to forget Corsica!

The restart of air traffic will be delayed until spring