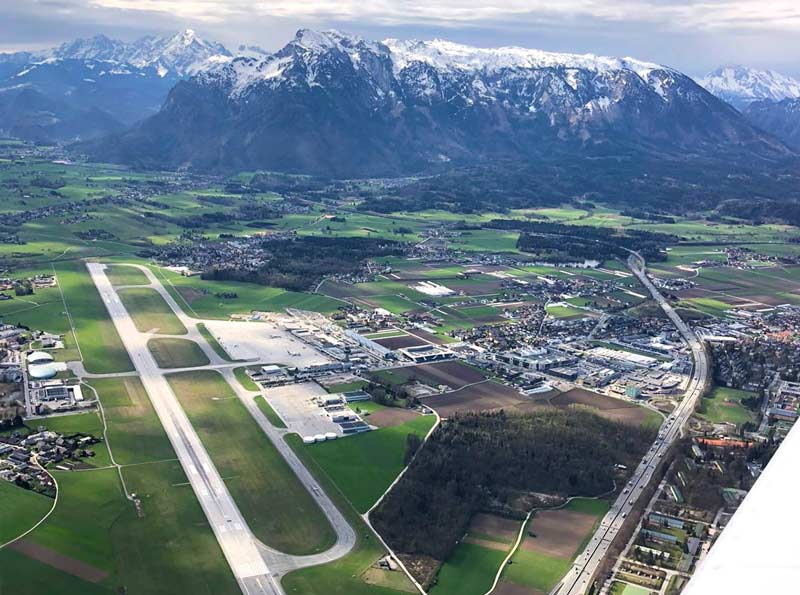 2017 was a sucessful year for Salzburg Airport

The past year can definitely be called turbulent. The insolvency of Germany´s second largest airline and of the holiday carrier NIKI led to decisive upheavals in European aviation. The aftereffects of the events that took place in 2017 affected the industry even more in 2018. In addition to Air Berlin and NIKI, the British airline Monarch also went bankrupt.

Traffic figures of the past three years in detail

“The past year did not exactly end pleasantly with the insolvency of Air Berlin, Niki and Monarch Airlines, but the figures for 2017 are really good. At the beginning of 2018 we were already struggling with the effects of the events of 2017. Considering these difficulties we can absolutely be content with the results of the winter season 2017/18. Looking at the current summer season, we see a well-balanced flight program. A well-developed network of scheduled flights offers connections all over the world as well as sunny destinations in Greece, Turkey, France, Italy and Spain”, says Bettina Ganghofer, CEO of Salzburg Airport.
Balance sheet figures in detail
“We can absolutely be proud of having achieved an annual net profit of 4.9 million Euros! Besides the financial figures we integrated a number of reports from areas such as environment, sustainability, social responsibility and human resources, construction and risk management in our corporate report, which will save a lot of work and time in the future”, rejoices Bettina Ganghofer.

Investing in the infrastructure, means taking necessary precautions for the future! In 2017 the following investments were made: approach lighting (0.3 million Euros), purchase of a towbar tractor (0.3 million Euros), replacement of a baggage conveyer belt (0.4 million Euros), a new waste collection center (0.4 million Euros), preliminary work for the refurbishment of the runway in 2019 (0.8 million Euros) and various vehicles (0.7 million Euros). As far as possible, regional companies in Salzburg, Salzburger Land or neighboring Bavaria were hired.
Today it is more important than ever to consider what to invest in. The aviation industry is facing very volatile times. Fluctuations in passenger numbers and flight movements are clearly noticeable. Every single Euro must be invested usefully to safeguard jobs, promote the economy and to stay competitive. I am very pleased  that - even during these turbulent times -  the airport was able to invest 5.2 million Euros. Many EuRegio-companies could be hired here at the airport, which indirectly helped secure jobs. The staff at Salzburg Airport did a great job last year, showing a lot of creativity and full commitment, which significantly contributed to the company´s success”, says Deputy State Governor, Christian Stöckl.

Difficult situation in Europe/ a positive outlook to the future

Despite insolvencies and uncertainties on the market, Salzburg Airport managed to achieve very good balance sheet results. Although airline-partners like Eurowings and Laudamotion helped stabilize the market in Salzburg, we are still feeling the aftereffects of the events that took place in 2017.
“We have carried out a strategic realignment, focusing on the fields human resources, environment, mobility, passenger processes, product development and corporate culture. Besides promoting the non-aviation-sector as well as airline-marketing, we are facing a huge construction project in 2019, the refurbishment of our 60-year-old runwayy. From April 24th until May 28th the airport will be completely closed for flights. This kind of renovation will allow us to do the noisier work during day time, which our direct neighbors will appreciate”, says Bettina Ganghofer.