For 90 years (1926-2016) Salzburg Airport has served the region’s citizens and their visitors. In 1926, the Salzburg Municipal Airfield was opened nearly at the same site where the airport stands today. Germany’s Lufthansa was the first airline to use the airport, linking Salzburg with Munich via Reichenhall.

Home The Airport Company About Us Salzburg Airport History

Early History: On July 16, 1910, a motor-propelled aircraft first appeared on the then new race track in Salzburg-Aigen. 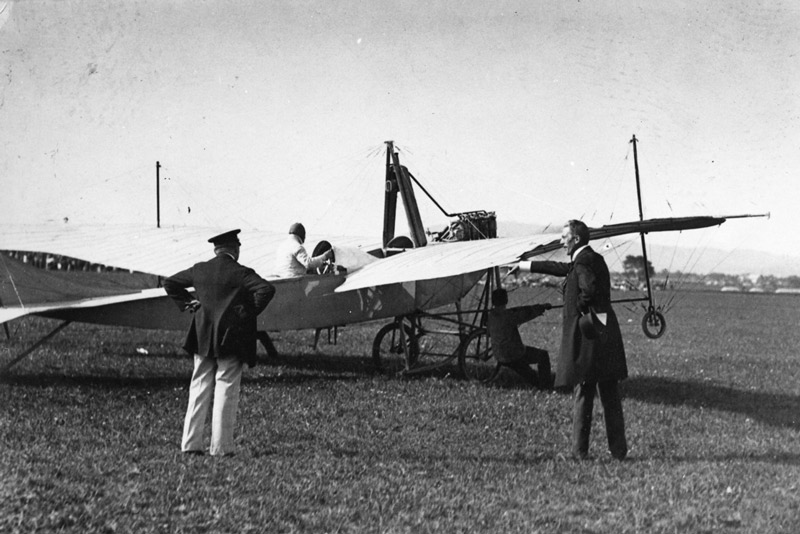 ÖLAG and Lufthansa were the most frequent airport users during the 1930s with flights to Vienna, Budapest and Zurich. After the German occupation in 1938, the airport was operated by the Wehrmacht, although civil traffic continued. The first concrete runway, named 10-28 and 1,200 meters long, was opened in 1944, to accommodate heavier aircraft.

After WW II, the Americans established their Austrian headquarters in Salzburg, took over the airfield and renamed it Salzburg Airport. Traffic increased as several carriers of the Western Allies, including Pan Am and BEA, started operations.

The new north-south runway 16-34 opening in 1960 marked the beginning of Salzburg’s role as the main gateway to western Austria. Austrian Airlines commenced jet services in 1964 with Caravelle aircraft. The current passenger terminal was inaugurated in 1966.

Traffic had risen to 250,000 passengers annually by the early 1970s. After lengthening the runway to 2,550 m, the airport was able to accommodate wide-body jets for incoming charter traffic. The airport handled half a million passengers in 1987 and one million in 1993.

With its 2,850 meters of runway and CAT III low-visibility operations, Salzburg became more attractive for scheduled and charter services.

The number of non-stop destinations serviced from Salzburg has changed dramatically since 2001, when the first low-cost carrier Ryanair started flights to the City of Mozart. More low-cost airlines from the UK, Germany and Scandinavia followed, bringing the total to a record 1.87 million passengers in 2006.
The airport became the first in Europe to operate a hybrid terminal building serving the dual-purpose of charter flight handling during winter and use as an events hall in summer.

Salzburg Airport has come a long way from the grass airstrip and wooden terminal building of 1926 – but it still continues to provide outstanding services to passengers travelling to and from the region.

In March 2014, Salzburg Airport and Austro Control successfully completed the implementation phase for a new control tower. Thanks to state-of-the-art infrastructure and air traffic management systems with multiple built-in redundancies, the new tower is one of the most modern in Europe. The 53-metre-high structure is visible from far and wide, becoming a new landmark for both the airport and city. Its height and location 35 meters to the west of the old tower provides Austro Control’s air traffic controllers with an excellent view of the airport and its surrounding areas.

In August 2016, German low-cost airline Eurowings announced the opening of its second Austrian base, in Salzburg, with flights to six European metropolitan destinations beginning January 2017.