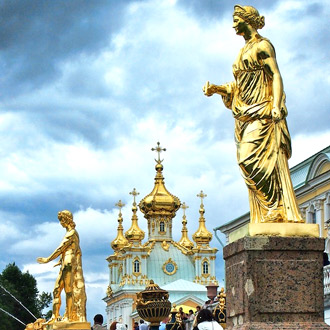 Saint Petersburg is Russia's second-largest city after Moscow, with five million inhabitants in 2012. An important Russian port on the Baltic Sea, it is politically administered as a federal subject (a federal city).