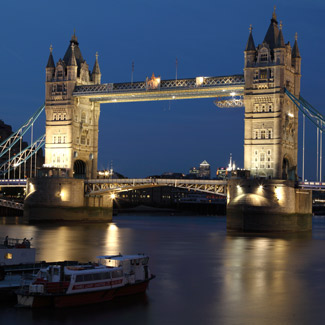 Located 32km (20 miles) to the west of Central London, London Heathrow Airport (LHR) is one of the busiest and most advanced airports in the world. The airport is spread across four terminals.

You can travel between Heathrow Airport and central London by train on the Heathrow Express, the Piccadilly line on the Tube, taxi, the N9 night bus and National Express and Easybus coaches. The Heathrow Express from London Paddington is the fastest way to travel between the airport and central London, taking 15 to 20 minutes. There are plenty of short and long-term NCP carparks for people driving to the airport.