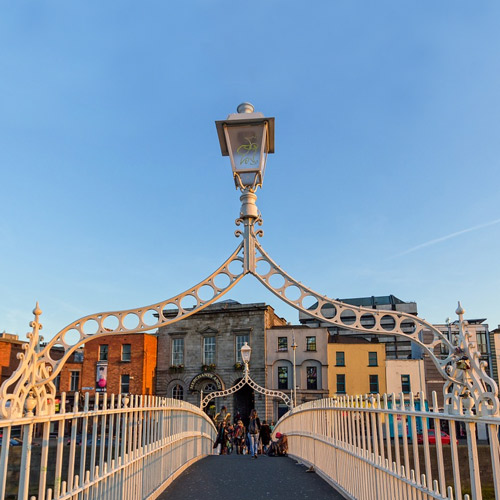 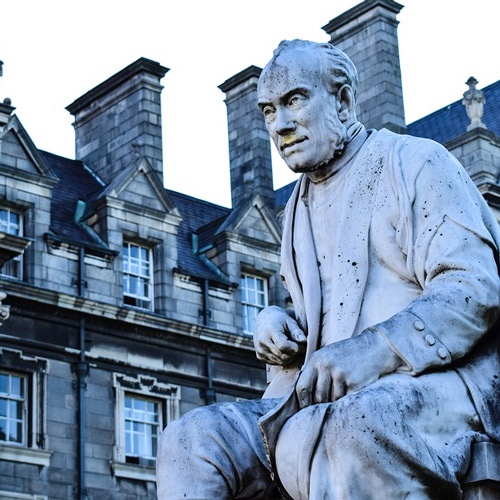 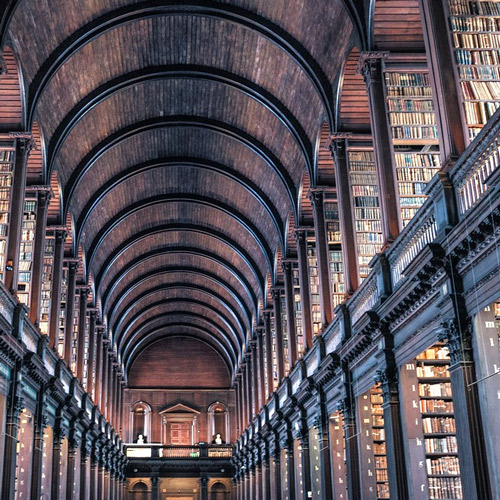 Dublin has many landmarks and monuments dating back hundreds of years. One of the oldest is Dublin Castle, which was first founded as a major defensive work on the orders of England's King John in 1204.
One of Dublin's newest monuments is the Spire of Dublin, or officially titled "Monument of Light".
The Book of Kells, located in the library of Trinity College, Dublin, is one of the city's most visited sites.

Other landmarks and monuments include the Mansion House, the Anna Livia monument, the Molly Malone statue, Christ Church Cathedral, St Patrick's Cathedral, Saint Francis Xavier Church on Upper Gardiner Street near Mountjoy Square, The Custom House and Áras an Uachtaráin. The Poolbeg Towers are also landmark features of Dublin, and visible from various spots around the city.