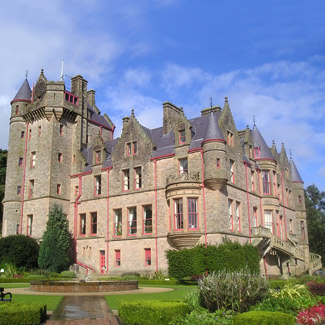 Belfast is one of the most visited cities in the UK, and the second most visited on the island of Ireland. In 2008, 7.1 million tourists visited the city.Numerous popular tour bus companies and boat tours run there throughout the year.

Frommer's, the American travel guidebook series, listed Belfast as the only United Kingdom destination in its Top 12 Destinations to Visit in 2009.

The world's largest Titanic-themed visitor attraction, located on the very slipways where she was built at the heart of Belfast. Titanic Belfast is a monument to Belfast's maritime heritage on the site of the former Harland & Wolff shipyard, opened on 31 March 2012. It features a criss-cross of escalators and suspended walkways and nine high-tech galleries.