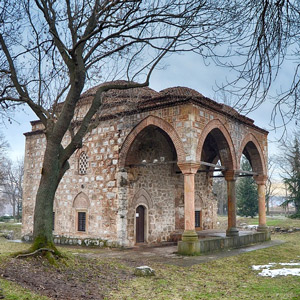 From 2 August 2019, Niš Constantine the Great Airport will operate twice a week (Tue, Fri) from Salzburg. The Serbian town of Niš, located about 230 kilometers south of the capital Belgrade, is a geographically optimal destination due to its proximity to the interesting destinations of Sofia, Skopje and Priština. Niš is one of the oldest cities in the Balkan Peninsula and is the gateway between East and West.

A nice walk leads on the street Duke Dinic left past the castle, which goes to the bus station. There you will find a large covered market where eggs, fresh vegetables, home-made slivovice and all sorts of junk are sold.

Niš has many good cafes (kafanas), restaurants, bars and clubs to offer.